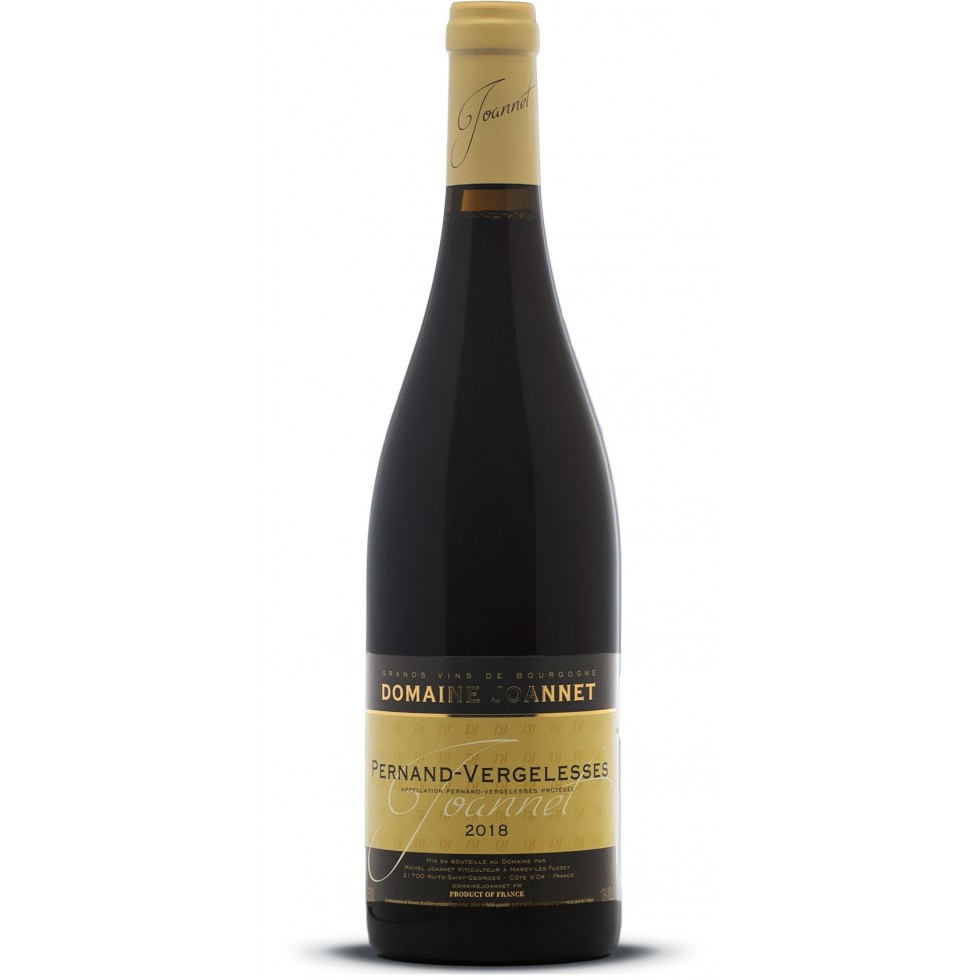 A classic of the Beaune coast, the Pernand Vergelesses is a sure bet for Burgundy. With this red Pernand-Vergelesses from the very good 2018 vintage, you will find all the balance and the beautiful intensity of the appellation.

North of the Côte de Beaune, at the foot of Corton Hill, the village of Pernand-Vergelesses offers very elegant and subtle wines.

Here, this red Pernand-Vergelesses features a slightly purple dress that will go towards the ruby as it evolves. Balance and refinement are at the rendezvous. Wine with fruity aromas, round and with a beautiful consistency. A very discreet woody, melted and delicate that preserves the fruity side of the wine.
A fan of rather long macerations, Fabien Joannet likes to give body and consistency while keeping the refined side of Pernand Vergelesses.

This great Burgundy wine of the very successful 2018 vintage is already a magnificent pleasure, even if the guard and positive evolution is possible for several more years.