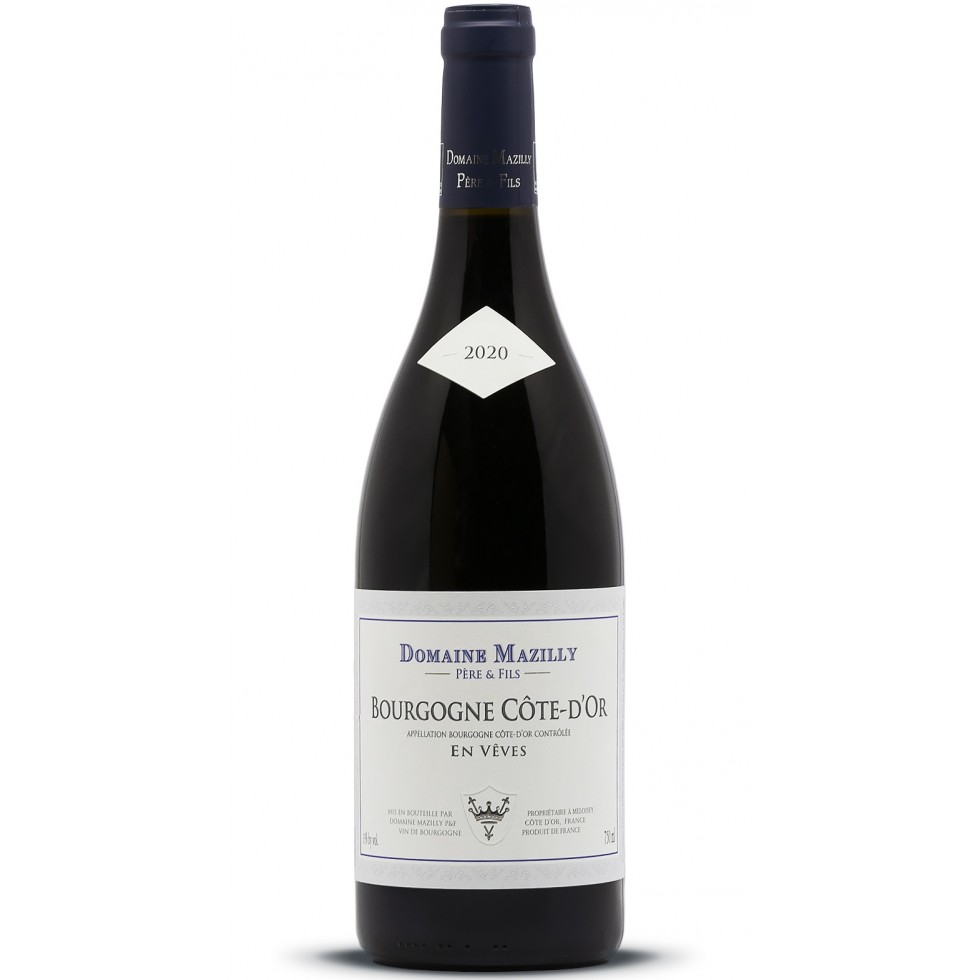 Recently recognized appellation, the "Bourgogne Côte d'Or" are typical wines of Regional Burgundy.
That of the Domaine Mazilly rn 2020 is one of the best value for money of the appellation: mastered from beginning to end, this red wine typical of Pinot Noir de Bourgogne is aged in oak barrels.
Balanced, concentrated and very aromatic.

Supple, fruity and concentrated, the well-controlled ageing in oak barrels gives body and depth while remaining discreet and melted, keeping the character of the wine. The 2020 vintage is obviously a success story, with an ideal balance between acidity, softness and tannic concentration.

Purple color, very fruity wine with expressive aromas of red and black fruits, corpulent without excess, a wine of great pleasure that can be enjoyed quickly. Keeps between 3 and 5 years. 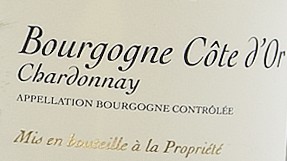 The red wines of the Bourgogne Côte d'Or appellation have a cherry red color, with deep ruby red reflections. The nose expresses notes of cherry, blackcurrant, blackberry, with nuances of pomegranate and peony.

Red: its freshness and fruity presence will brighten up your aperitifs in the presence of a mixed plate of cold cuts and cheeses, a gourmet salad. Light soft cheeses will also highlight the Bourgogne Côte d'Or appellation. You can punctuate your meal with a fresh raspberry cheesecake.

White: its balance between roundness and freshness makes it accessible for an aperitif with tapas, goose rillettes toast, poultry terrine, salmon toast and lemon cream.

The vineyards of BOURGOGNE CÔTE D'OR extend over 65 km long, one to two kilometers wide, from Dijon to Maranges. The Côte d'Or geographically includes the Côte de Beaune and the Côte de Nuits. The reputation of its wines is such that it gave its name to the department during the Revolution.

The vineyard of BURGUNDY CÔTE D'OR is presented in a diagonal oriented from north-east to south-west, organized in a succession of hillsides located between 200 and 450 meters above sea level.

Burgundy is the cradle of the family Mazilly for several generations.

In the early 1950s Pierre Mazilly succeeded his grand-father. His son Frederick and his grandson Aymeric have taken up the torch and continue the family tradition. The family Mazilly itself deals with all the stages of production, the work of the vineyard up to the bottling, to always offer wines of great quality.

The operating rooms are located in Meloisey, a small village of the Hautes-Côtes de Beaune to the wine making tradition for centuries, it is even said that the wine of Meloisey would have been served at the coronation of Philippe Auguste in 1179.

Since 2001, most of the wines are aged and aged in the cellars in Meursault.

The vineyards of the area, 18 hectares in total, are mainly located in the Hautes Côtes de Beaune, but also in appellations renowned as Gevrey-Chambertin, Pommard, Volnay or Meursault... 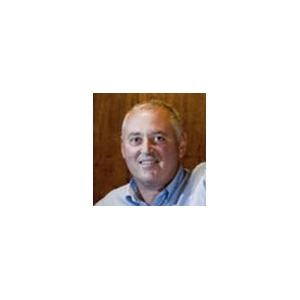