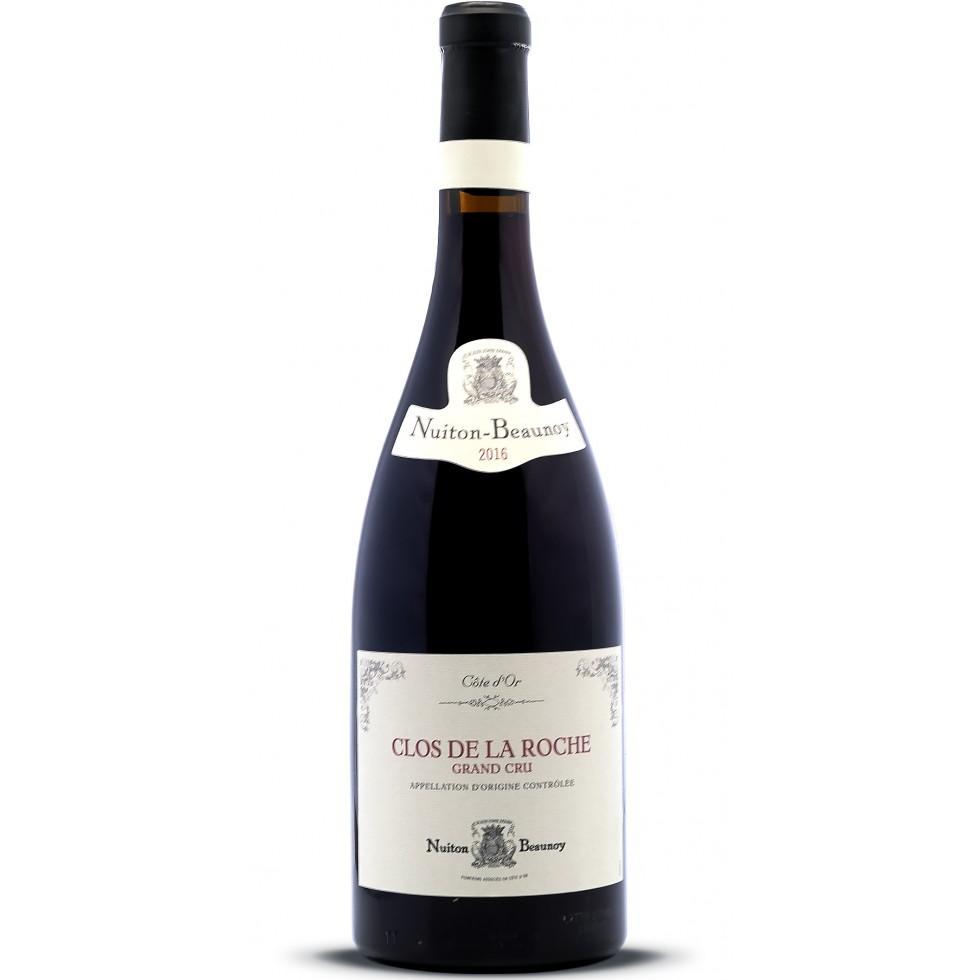 Clos de la Roche Grand Cru of the 2016 vintage, Domaine Nuiton Beaunoy. This Clos de la Roche brings all the richness and elegance of the greatest red wines of the Côte de Nuits in Burgundy.

Wine with a colorful color. The aromas of red and black fruits will be very present. The nose will be elaborate and complex, accompanied by notes of spices or even flowers, such as violet.

On the palate a full-bodied wine, very concentrated and complex. Roundness and balance are the reflection of a great vintage and a successful vinification.

This Clos de la Roche grand cru 2016 has a still very important ageing potential, of the order of 15 to 20 years. Pay attention to the conditions of conservation and storage after the sale of the wine!