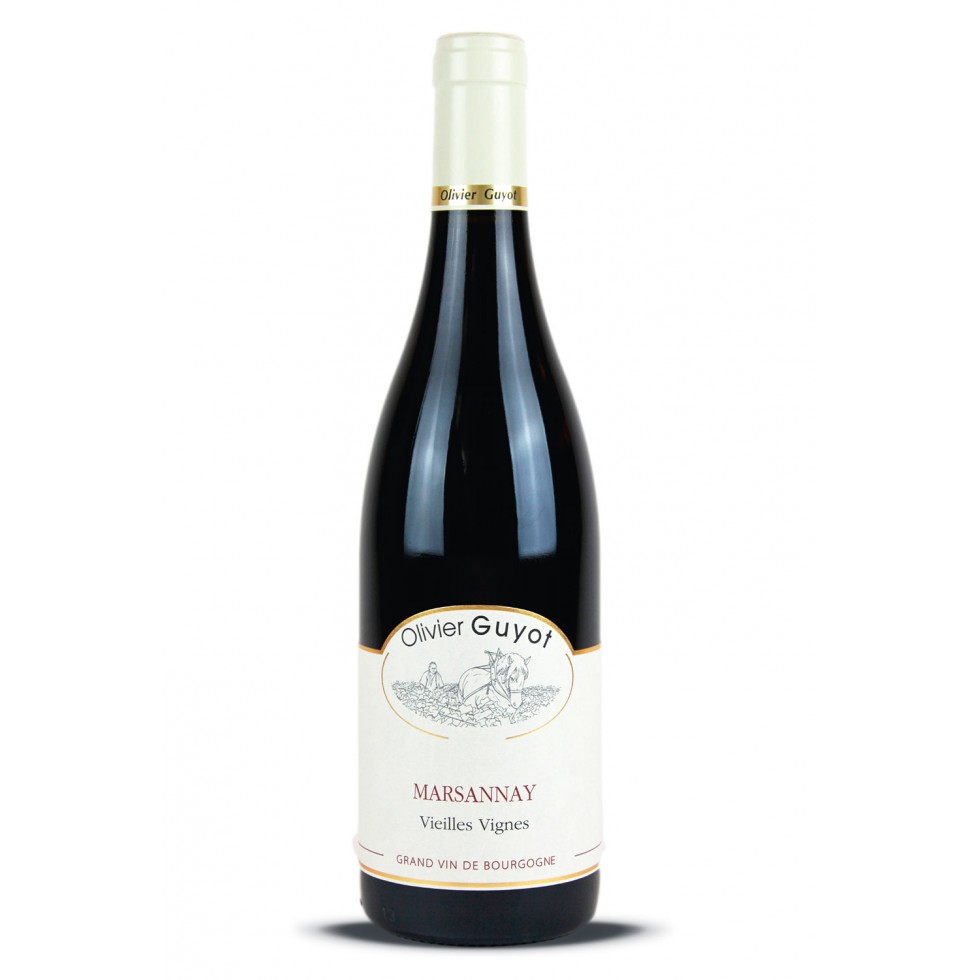 Marsannay 2017 Old Vines from the Olivier Guyot estate in Marsannay. Wine for sale on a unit basis.

Marsannay is the first village in Burgundy to be wine-growing from Dijon.

This Marsannay Vieilles Vignes domaine Olivier Guyot, from the 2017 vintage, comes from a 1400 m2 vineyard located south of the village of Marsannay and oriented to the east, taking advantage of the first rays of the sun.

Vine work: Reasoned culture. Since the year 2000, no more herbicide in our vineyards. A work of butting/starting in winter and ploughing in the spring replaced them. Systematic ebuping.

Hand-picked, grape juice is processed into wine only with its natural yeasts.

strawberry) and black (cassis, blueberry). Attack in the mouth.

Wine for sale on a unit basis

Map of the Marsannay appellation:

Marsannay is the only appellation Village which produces wines from all three colours. Their typicity is that of the Côte de Nuits, and their style resemble that of their neighbouring appellations Fixin and Gevrey-Chambertin.
The Marsannay reds have intense coloration and a bouquet which smoothly blends red fruits (morello cherry, strawberry) and black (blackcurrant, blueberry). In the mouth, the attack is powerful and generous shading into a long and meaty finish.

The whites run through the entire gamut of citrus aromas and white flowers (hawthorn, acacia). The mouth is frequently full and rounded, introducing a fine and persistent minerality. Both reds and whites are delicious while still young but, given time, will more fully reflect the typicity of their terroir.
As for the Marsannay rosés, their tender fruitiness recalls vine-grown peaches and gooseberry and in the mouth they are characteristically full, fresh, and enticing.

The Marsannay reds are natural partners for red meats: beef blade or rib steak, or flank steak with shallots, ostrich steak… Feel free to marry them with freshwater fish (pike, pikeperch, even stuffed carp) or chop suey and vegetable stirfries, fine cured meats, game fowl, cheeses made from cow’s milk...
An old vintage will add a touch of perfection to full-flavoured cheeses such as Époisses or Munster.
Serving temperature: 15 to 17 °C.

The Marsannay rosés can be served throughout the meal, with summer barbecues and mixed salads, fine cured meats, white meats, crab and red mullet… And not forgetting oriental, mediterranean, and other highly-spiced foods. Try one that has aged for a few years with a dessert – heavenly!
Serving temperature: 12°C.

With white Marsannay, white meat: poultry (fattened chicken, chicken with a mustard sauce such as à la Gaston Gérard…), veal, pork (a filet mignon with mustard sauce). Also try one with a risotto or with asian cuisine - sushi for example - which brings out the full fragrance of the Chardonnay. After some years’ keeping, they can accompany classic or goat cheeses.
Serving temperature (rosés and whites): 12 to 13°C.

Regarded as the “Golden Gate to the Côte de Nuits”, the appellation
MARSANNAY covers the communes of Chenôve, Marsannay-la-Côte and Couchey. There is evidence of vineyards here, as is the case of the rest of the Côte, as early as the 7th century and the prestige of this vine-growing region is long-established. The Abbey of Bèze, the Bishop of Autun, the Dukes of Bourgogne, and many others have owned vines here and the wines found their way to the tables of Louis XIV and Louis XVl. As late as the 19th century, some
Climats enjoyed a classification equivalent to today’s Grands Crus.

The vines extend from North to South along the best parts of the hill-slope and the ground at its foot at heights of 255 to 390 metres above sea-level.
Exposures range from due east to south. The soils, derived from mid-Jurassic strata, are very diverse in their composition.

In the heart of the Côte d'Or vineyard, where, often, hectares rhyme with nectars... It is in Marsannay-la-Côte that the Domaine Olivier Guyot is located!

Born into a family of winemakers, Olivier Guyot has been cultivating his vines since 1998 with passion in reasoned culture.

Maintaining thenatural balance of the vine and respecting the diversity of each terroir as much as possible is Olivier Guyot's philosophy.

Today, the Estate covers 15 hectares of vineyards made up of many small plots, which are on average 45 years old. 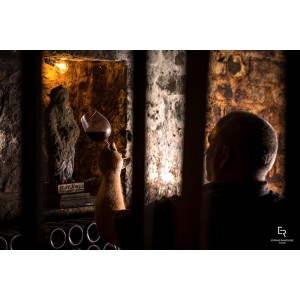