The Côte Chalonnaise
in Burgundy

The Côte Chalonnaise is a small vineyard of 4,000 hectares, it extends from Chagny to Gengoux-le-National in the department of Saône-et-Loire (71).

The white and red wines of the Côte Chalonnaise are quality wines and nevertheless remain affordable.

Its vineyards are sunnier than those of northern Burgundy and benefit from hot summers, dry autumns and cold winters.

The soils of the Côte Chalonnaise inherit the geology of the Jurassic. Since they are composed of rock-limestone, clay, sand or marl.

It was in the 6th century that Grégoire of Tours evoked the wines of the Côte. Then over the years, the wines developed under the influence of the clergy.

The Côte Chalonnaise is exceptional

Its landscapes are varied, between hills and plots of vines hide some treasures :

The Côte Chalonnaise is made up of five appellations (spread from north to south, it extends over 25 kilometers in length and 5 to 6 kilometers in width) :

Mercurey, Givry and Rully offer white and red wines while Bouzeron (to the north) and Montagny (to the south) only produce white wines. The Côte Chalonnaise produces 55% white and 45% red.

For Rully, Mercurey and Givry, the soils come from Jurassic limestones while in Montagny, the soils appear more marly.

Surmounted by the limestone cornice of the Bajocian, these appellations benefit from a climate favorable to the ripening of the grapes.


In Burgundy, the different plots determine a regional, communal, premier cru and grand cru appellation depending on their geographical location. 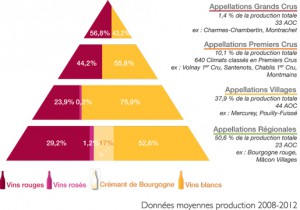 Since 1985, Paul de Launay and Aubert de Villaine (associate manager of the Domaine of the Romanée-Conti and winegrower in Bouzeron) have led a long fight so that the Burgundy Côte Chalonnaise appellation is recognized by the National Institute of Quality and Health (INAO) and it was in 1990 that the decree was created.

Unfortunately no grand cru in the Côte Chalonnaise but it claims 140 climates classified as premier cru !

Below is the list of villages on the Côte Chalonnaise offering premiers crus appellations, classified by village :

The climates classified as premier cru for the commune of Rully :

The climates classified as premier cru for the commune of Chagny :

The climates classified as premier cru for the commune of Givry :

The climates classified as premier cru for the commune of Mercurey :

The climates classified as premier cru for the commune of Saint-Martin-sous-Montaigu:

The climates classified as premier cru for the commune of Montagny :

The climates classified as premier cru for the commune of Buxy :

The climates classified as premier cru for the commune of Saint-Vallerin :

The climates classified as premier cru for the commune of Jully-lès-Buxy :

The term "climat" designates the parcels of land in Burgundy. This word takes into account the know-how of the winegrowers, the geological characteristics, the particular exhibitions where each plot is precisely delimited.

The communal appellations of Burgundy correspond to the name of the village where the plot is located.

All the following regional appellations are produced in the Côte Chalonnaise :

Bouzeron is located at the gates of Chagny, next to Rully. Its soils are composed of Barthonian limestone, Oxfordian brown marl and a little clay. It is a continental climate, with beautiful east-south-east exposure and around 270 meters above sea level.

Since the 1970s Aubert de Villaine (co-manager of Domaine of the Romanée-Conti) has been trying to give a good image of aligoté.

=> Bouzeron is only recognized as a village AOC for its production of aligoté. Chardonnays and pinots noirs located at the bottom of the slope in the town are sold as Bourgognes or Bourgogne-Côte-Chalonnaise.

In general, the reds of the Côte Chalonnaise (Rully, Mercurey, Givry) come from Pinot Noir planted on limestone or calcic soils with less clay.

It was in 1939 that the AOC Rully was created, it is located south of Chagny, in the extension of the Côte de Beaune.

Renowned for its white wines (light, fruity) and its crémant !

The white wines represent an area of 223 hectares and the red wines of 133 hectares. The cultivated grape varieties are pinot noir and chardonnay.

Its white wines are produced on soils covered with scree, white marl and predominantly limestone clay. The vines are exposed to the east and south-east; all these characteristics are suitable for chardonnay.

The white Rully is straightforward, elegant, with good minerality and aging potential up to 3 years. This wine is accompanied with pan-fried fish or in sauce.

The red Rully is light, elegant, fruity and has an aging potential of up to 5 years. It can be associated with roast poultry, and for offal lovers it is a delight (liver, sweetbreads and kidneys cooked in sauce or in a pan).

=> At the end of the 19th century, Crémant de Rully began to be very popular with the villagers. At the time, we spoke of the capital of sparkling wine in Burgundy.

We owe this reputation to François Basile Hubert, a cooper from Champagne, who imported with him the method of making crémants. In those years there, the prize de mousse was a complicated manipulation and many bottles exploded… The Champagne cooper took four years to perfect his manufacturing method and it was in 1837 that he opened his own wine house, called Hubert Father and son.

It was in 1850 that sparkling wine experienced a real boom under the name of "Ay great sparkling wine from Rully", little by little sales developed for export. In 1975, the AOC Crémant de Bourgogne was created.

The AOC Mercurey is one of the oldest in France (created in 1936). The appellation is planted on clay-siliceous soils on limestone and a few ferruginous marls. The pinot noir grape prefers sun exposure while chardonnay resists altitude better, making them exceptional wines.

The red Mercureys are structured, tannic, vinous, spicy, peppery or even fruity wines, there is something for everyone ! Wines for laying down soften over time, develop other aromas, they can be forgotten for up to 10 years.

They can be enjoyed with roast pork, entrecote, piece of lamb or Cîteaux cheese.

The white Mercureys unveil notes of citrus (lemon, ...), in the mouth, they are warm, opulent. These expressive wines allow many pairings with shellfish, oysters, sweetbreads and pressed cheeses.

From the 14th century, the monks of Cluny and then of Cîteaux have succeeded over the years in promoting the wine of Givry, today it is an exceptional wine of great reputation.

Its vines are located in the center of a fault field, its soils are composed of brown limestone or limestone (Jurassic) and its premier crus rest on a limestone substrate from the Upper Oxfordian.

The white Givry represents only one fifth of the vineyard, a well-balanced white wine, a nice roundness, aromas of white and yellow fruits (apple, ...), very pleasant on the palate. It goes perfectly with white meats, fish cooked in white butter, even uncooked pressed cheeses (Saint Nectaire, Cantal, ...).

=> The wines of Givry were very appreciated by King Henri IV, the red was his favorite, a marvel !

Montagny is the southernmost appellation of the Côte Chalonnaise, its 300 hectare vineyard is located in 4 municipalities :

The AOC Montagny only offers white wine, the grape variety used is chardonnay. The soils are varied, some are based on lias and clayey triassic marls, topped with hard limestone with entroques from the Bajocian, others on sandstone limestone. The best vines are exposed east / south-east.

The Montagny appellation offers a delicate white wine, a bouquet with floral aromas, yellow and white fruit (peach, etc.), dried fruit (hazelnut, etc.), undergrowth (fern, .. .). On the palate, the wine is straightforward, racy, an incredible finesse and for the oldest we can feel minerality (it can be forgotten up to six years in the cellar).

Wishing you a nice tasting!

THE 5 COMMUNAL APPELLATIONS OF THE CÔTE CHALONNAISE

It is the only appellation that uses the 100% aligoté grape, a unique wine ! 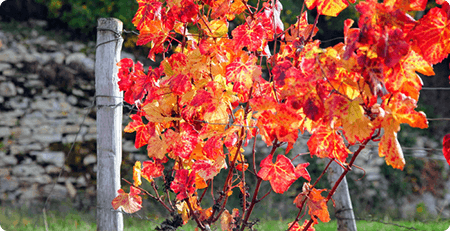 Known for its pleasant, sweet white wine and its AOC Crémant de Bourgogne.

It is the most important wine-growing municipality in Burgundy after Chablis. 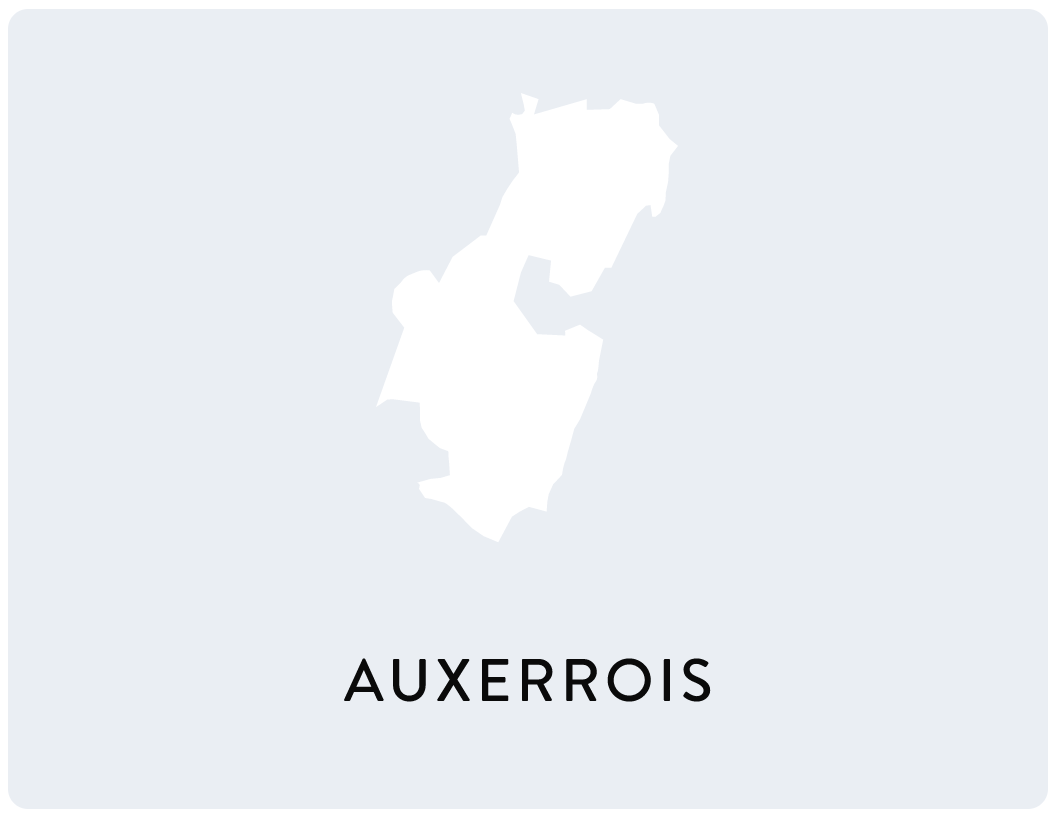