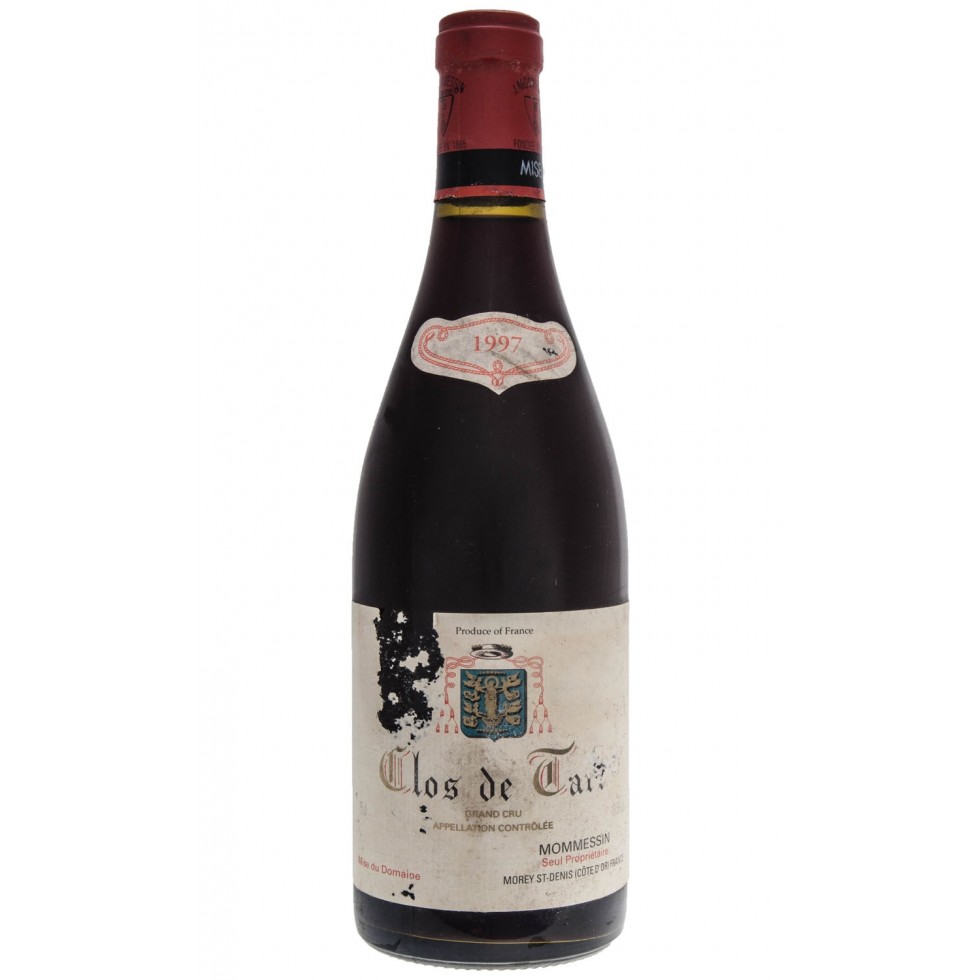 Clos de Tart, a Grand Cru of the 1997 vintage. This monopoly Red Grand Cru of Burgundy is harvested, vinified and bottled by Domaine du Clos de Tart. An exceptional wine, at once silky and concentrated, rich and balanced.

This 1997 Clos de Tart is one of the best Red Grand Crus of the Night Coast now available for sale. Incredibly rich and unmatched in delicacy, it brings at the same time the power and structure of Burgundy's greatest red wines.

Finesse, complexity and silky characterise this great wine from the Côte de Nuits. This Clos de Tart comes from the Mommessin family, the sole owner (monopoly) of the Clos de Tart Grand Cru appellation, located in the heart of Morey Saint-Denis in Burgundy.

A wine with a rich and concentrated dress, generous in color, a bouquet with varied and complex aromas that will mix families of spices, liquorice, undergrowth, and now the first notes of leather or fur.

This Clos de Tart grand cru 1997 can already be tasted and will offer very beautiful emotions. It still of course still has the potential for evolution, but the majesty of the vintage offers this great wine a very interesting level of maturity.