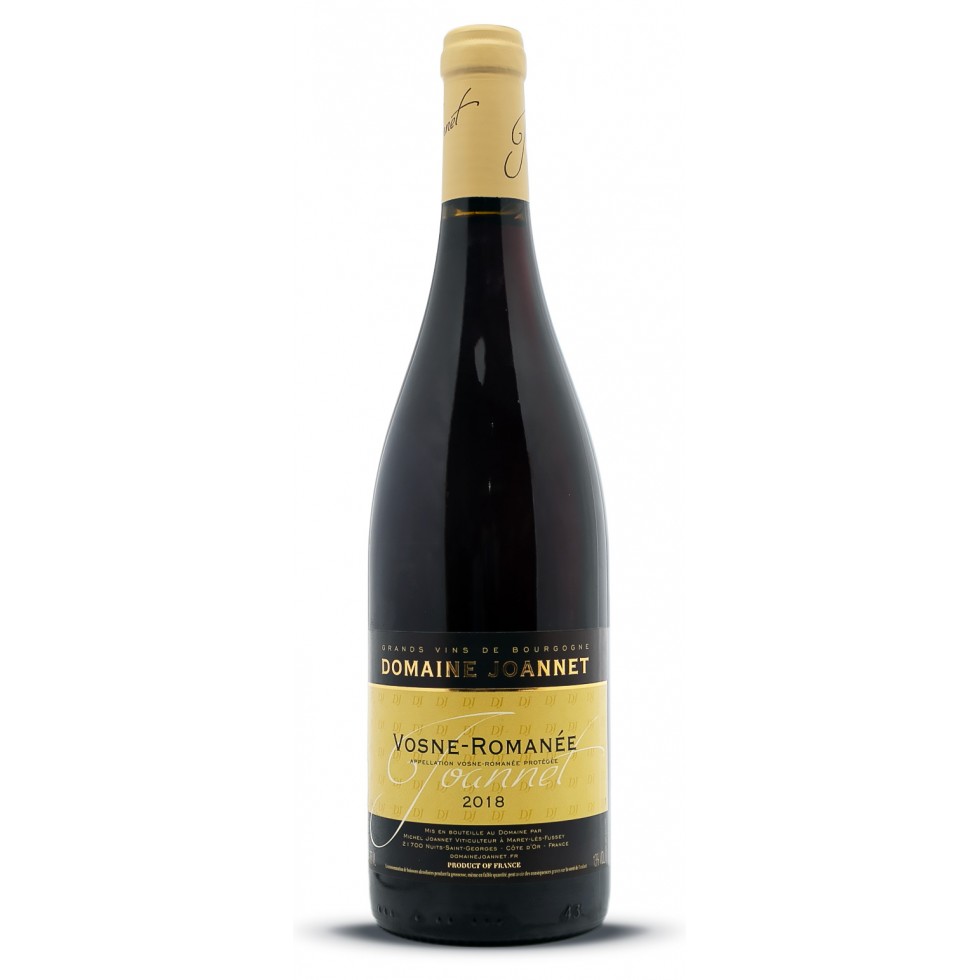 Vosne-Romanée 2018 from Domaine Joannet: in a remarkable vintage, a wine that is both intense and refined. A pure wonder of the coast of nights in Burgundy!

2018 is simply magnificent for this Vosne Romanée of the Joannet estate. Very beautiful material, powerful and complex aromas, tannins already supple, and which will continue to thin and bring the ideal balance.

To be reserved as an accompaniment to dishes with spicy flavors, this great Burgundy wine aged in oak barrels and harvested by hand has a potential for aging for several years.