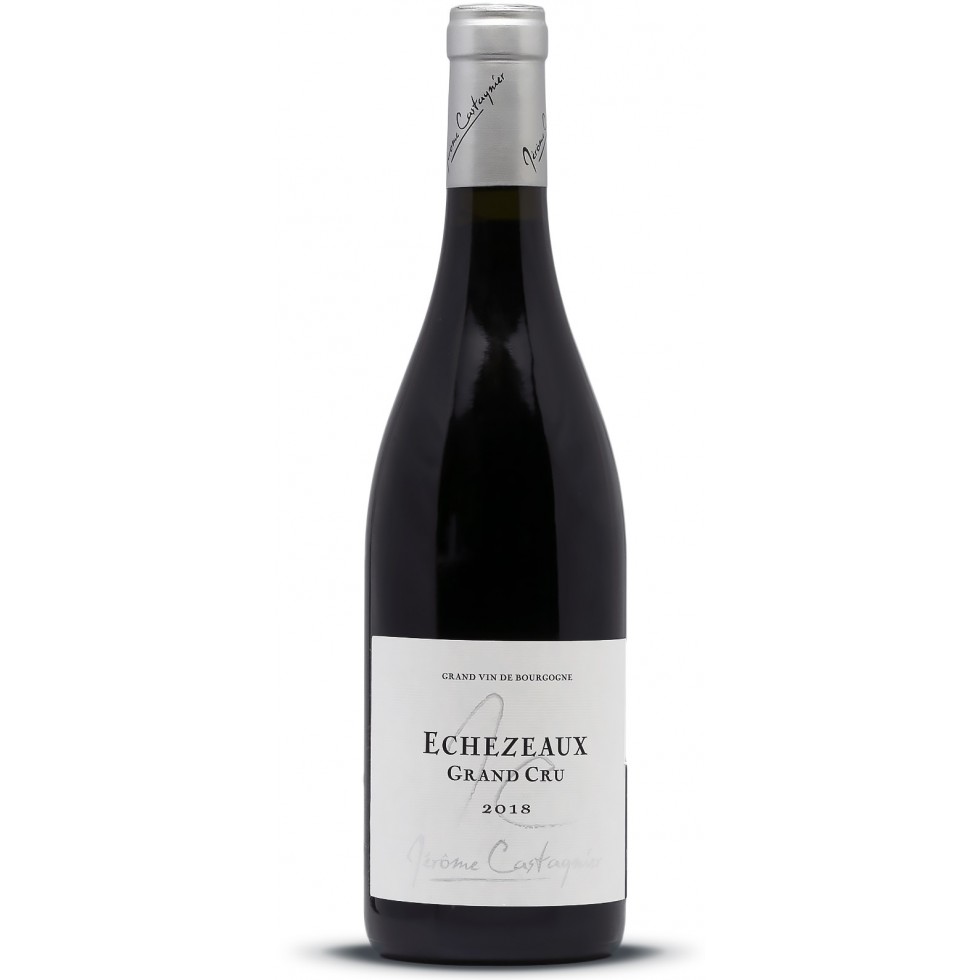 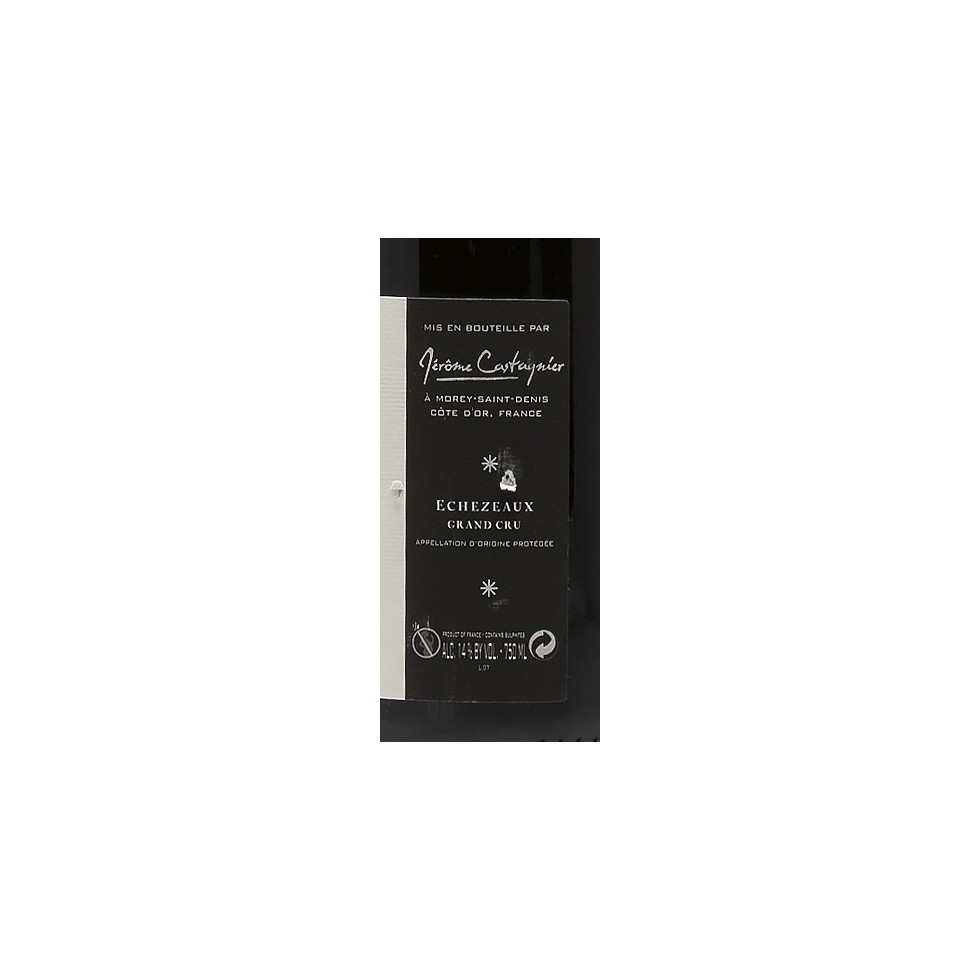 Produced in the commune of Flagey-Echézeaux, this red Grand Cru is one of the most famous and noble wines of Burgundy.

L'Echezeaux 2018 presents a purple color, whose aromatic nuances will vary over time. Young, it exhibits vanilla, smoked, woody or roasting aromas, red fruits and spices. After a few years, he shows a more vegetal or animal nose, with scents of mushrooms, truffles and undergrowth.

Its great aromatic complexity makes it a wine that is both powerful and refined, a trademark of the great wines of Burgundy. Silky, fat and mellow with fine tannins and delicate and supple. The attack in the mouth is removed, the balance pleasant, the tasty roundness with aromas dominated by moist plants type under wood and aromas of musk and leather.

The persistence in the mouth is simply exceptional.
Like most Grands Crus of Burgundy, it will benefit from being opened after several years of aging.

Pieces of game with hair or roasted meats, beautiful pieces of red meat. 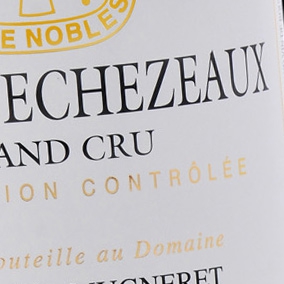 Red: its colour is ruby, shading towards the darker tones of magenta and purple. Its bouquet is redolent of animal, spice notes, underbrush, and prune, evolving with age towards musk, leather, fur and mushroom. When young, its aromas suggest rose, violet and fresh cherry. On the palate, there is a heightened attack and an agreeable balance between supple tannins and fully-rounded flavour. The dense texture and tight grain of these wines fully open after 4-5 years in the cellar.

Wines so powerful and full demand to be matched with dishes of the samecalibre. Virile, four-sided tannins cry out for roast lamb, rib steak, or joints of game. Autumn and winter dishes in the right setting match the profound and meaty personality of these great wines: braised beef or pork, for example, or any other good red meat. Fine, whole-milk, soft-centred cheeses will also do them proud.
Serving temperature: 15 to 16°C.

The wine-growing village of Flagey-Échezeaux lies in the plaine, so-called, between Vougeot and Vosne-Romanée in the Côte de Nuits. Facing east, the Grands-Échezeaux vines are a prolongation of Musigny following the North-South axis of the Côte, but more regular and less broken in their layout. At the bottom end, the Climat known as La Combe d’Orveau separates them from Musigny. The Échezeaux vineyards, for their part, divide the Clos de Vougeot vineyard from the Vosne-Romanée Premiers Crus vineyards.
Grands-Échezeaux and Échezeaux both date their AOC Grands Crus from July 31, 1937. Like the Clos de Vougeot (from which they are separated only by a wall), they were founded by the monks of the abbey of Cîteaux and date from the 12th and 13th centuries. Their name derives from chesaux, a word of Gallo-Roman origin meaning a group of dwellings, presumably referring to an ancient hamlet.

Belonging geologically to the Jurassic (175 million years BC), the GrandsÉchezeaux vineyards are fairly homogeneous and lie close to the upper part of the Clos de Vougeot. Gradient: 3-4%. Soil: clay-limestone overlying Bajocien limestone. Altitudes: 250 metres. The Échezeaux Climats have more diverse soils (largely bajocien marls with pebbly overlay). Altitudes vary from 230 to a little over 300 metres (13% gradient at mid-slope). Up-slope, the soil is deep (70-80 cm). Gravels, red alluvium, yellowish marl, etc., make up quite a complex mosaic.