The Monthélie red is a handsome ruby colour. Its aromas are of small red and black fruits (cherry, blackcurrant) with sometimes floral notes (violet, peony) which with age shift towards underbrush, bracken and spices. Its firm and velvety texture overlies delicate tannins. Monthélie, like Volnay, is thought of as a feminine wine.
With its handsome golden highlights, white Monthélie is a close cousin to Meursault. Its lemony aromas blend with notes of mayflowers, Reinette apple, and fresh hazelnut. In the mouth, its mellow taste is backed by the degree of acidity which is a sine qua non of great white wines.

Red: velvety and quite firm, its tannins require mouth-filling meats with a touch of crunchiness: roast fowl (dark or white meat), roast lamb, or rabbit.
Roast offal (calves sweetbreads, liver) or grilled tripe sausages will respond to the firmness of the wine, as will meat pies. For cheese: Brillat-Savarin, Brie or Reblochon.
Serving temperature: 15°C.

White: its full and mellow taste will be the perfect partner for prawns served al dente (tossed briefly in the frying pan), or fish tajines whose multiplicity of textures finds an echo in the liveliness and suppleness of the wine. It readily partners with blue cheeses (Roquefort, Bleu de Bresse or Bleu d’Auvergne) but goes equally well with Époisses or Livarot.
Serving temperature: 12°C.

Monthélie (pronounced Mont’lie) is situated between Volnay and Meursault, looking out at the first hills of the Côte de Beaune. As burgundian author Pierre Poupon puts it: “Prettily nestled into the curve of the hillside like the head of Saint John against the shoulder of Jesus,
Monthélie resembles a village of Tuscany”.
Its houses huddled together on a steeply sloping site, this handsome village boasts its own château and old houses with fine cellars. In the past, it was a property of the abbey of Cluny, and so exclusively devoted to wine-growing that “a chicken would die of hunger there at harvest time” as the proverb has it. Today, the personality of its wines asserts itself under an AOC granted in 1937.

Facing south and south-east, the vineyards of Monthélie lie on pebbly Bathonien limestone overlain by red clay and marl. Some of the vines are growing on the
Volnay side of the village, and some on the Auxey-Duresses side where the rock is Argovien limestone and exposures are easterly or westerly, depending on the run of the country. Altitudes are between 230-370 metres.
COLOUR(S) AND GRAPE VARIETY(IES) 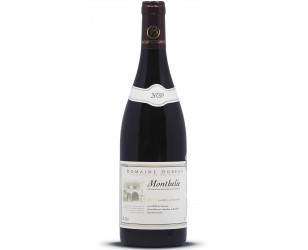 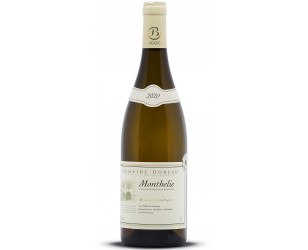