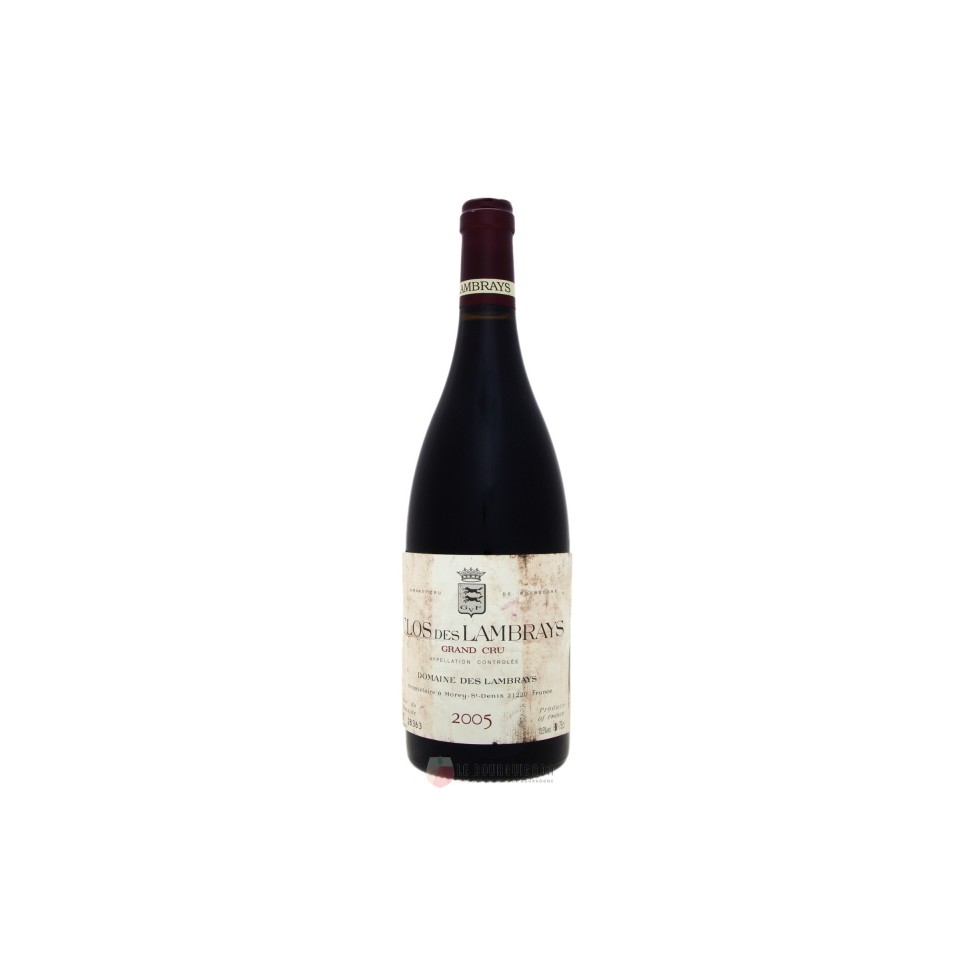 Clos des Lambrays 2005 from the Domaine Lambrays. A red Grand Cru of Burgundy considered as one of the best wines in the world ! Refined and concentrated, it comes from an exceptional 2005 vintage in Burgundy.

As rare as precious, Clos des Lambrays represents only 8.52 hectares of production, almost exclusively available as a monopoly.

Majestic and dense, round and deep, it is a wine that surprises with its concentration that does not detract from its finesse and elegance.

The 2005 vintage is considered exceptional in Burgundy, and today it allows this wine to have a very interesting maturity.

A wine with a dark ruby ​​color, on the palate a deep wine, very unctuous and round, of an exceptional length.

Food and wine pairing : This wine is self-sufficient!

Or for a tasting during a meal: game birds, lacquered poultry, roast or braised lamb, strong cheeses. 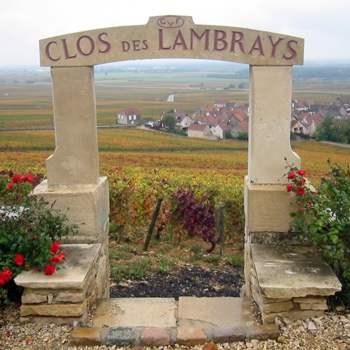 Diversity is to be expected as each Grand Cru has its own personality.
To the eye, this wine is plain ruby, sometimes a bit darker. Veiled in strawberry and violet, the Clos de Tart offers both robustness and charm. Quite tannic when young, it softens with age while gaining in complexity. The Clos des Lambraysis a true aristocrat, fully rounded in youth and with added depth and gravity as the years go by. The Clos Saint-Denis impresses by its finely-tuned nuances – this wine is the Mozart of the Côte de Nuits. The Clos de la Roche is firmer, deeper and more serious, closely akin to Chambertin. Aromas of humus and truffle are often precursors to notes of small red or black fruits. A small part of the Bonnes-Mares appellation lies in this commune, but the greater part is in Chambolle-Musigny. (See Appellation sheets No.5).