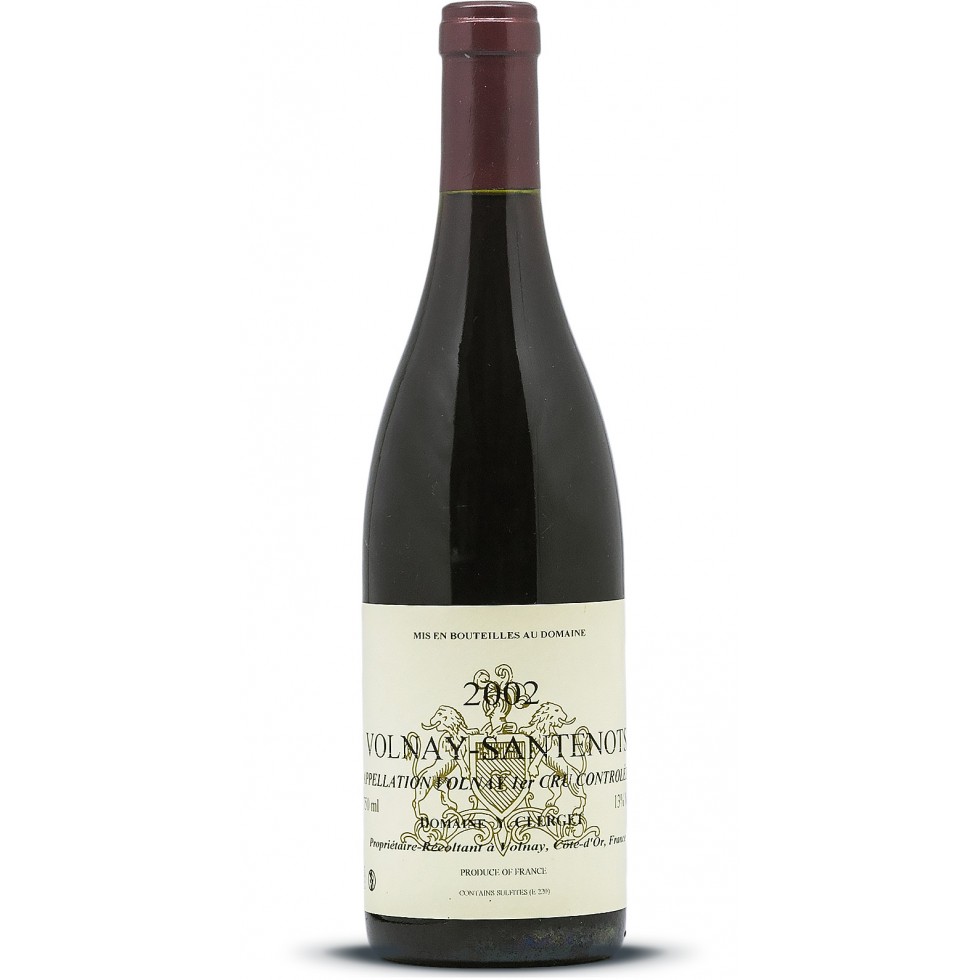 Volnay Premier Cru "Les Santenots" 2002 arrived at a very beautiful evolution, to taste from the purchase. For lovers of great wines of the Côte de Beaune elegant and racy, at maturity. Wine on sale individually.

2002 was a very good year for the great red wines of Burgundy, this wine is in its full expression: elegance of Volnay associated with ideal aging, this wine is to be tasted from the purchase.

With fine tannins, it will offer aromas of spices, undergrowth, tobacco, leather and furs.

the Burgundy offers this wine for sale individually. 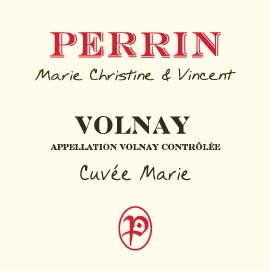 Volnay, admired for its delicacy, its sap, and its bouquet, has always been thought of as the most feminine of Bourgogne wines. Though certain of its terroirs modify this judgement with more vigorous and muscular versions, it truly does stand out among the red wines of the Côte de Beaune like the lipstick imprint of a kiss... The colour varies from bright ruby to a light garnet.
Its aromas are of violet, gooseberry, cherry, and - with age - spices, game and cooked prune. It has an immediate appeal which, added to a slight natural precocity, means it can be fully open while still relatively young. The attack is fresh, the finish is warm. Drinking this wine, one seems to bite into a fresh fruit and breath in its heady aroma.

Its velvety femininity is matched by its great aromatic intensity. This makes it a predestined partner for sophisticated poultry dishes, patiently roasted and glazed, which can bathe in the fruit and spice aromas of the wine.
Better still, especially for the Premiers Crus, is feathered game, stewed or slowly braised, or simply roasted. In this company the opulence and meaty texture of this great wine work wonders. For the more adventurous, it might accompany a couscous or a tajine with meat or poultry or even both. The intensity of Volnay allows it to blend with distinctly flavoured cheeses.
Serving temperature: 14 to 16°C.

Volnay, perched on the hill of Chaignot high up in the Côte de Beaune, occupies a narrow and steeply sloping site as if to allow more space to the vines. The hill itself is oriented slightly differently from the general run of the country so that the vines face South-East rather than East. These vineyards have been valued and exploited for centuries. Long before the Revolution the harvests of Volnay went to the Knights of Malta, the Abbeys of Saint-Andoche d’Autun and Maizières, or to the Dukes of Bourgogne and their successors, the Kings of France.
The typicity of this red Pinot Noir wine was fixed as early as the 18th century.
It gained its controlled appellation status in 1937. The appellation Volnay is twinned with Volnay-Santenots, grown in neighbouring Meursault on ground equally suited to the Pinot Noir grape.

The oolitic limestone has a superficial similarity to the reddish igneous rock (porphyry) found in the Morvan district. It is pink in colour with pale green inclusions and overlain by banks of schist. At the top of the slope, this limestone predominates. Lower down we find white, chalky-textured argovien limestone. Lower still are reddish Bathonien limestones, pebbly and ferruginous. The soils at the foot of the slope are deeper and more gravelly. Altitudes: 230-280 metres.

Before being offered for sale, the wines are selected by a jury of experts composed of an Oenologist, a sommelier and a taster specializing in Burgundy Wines. 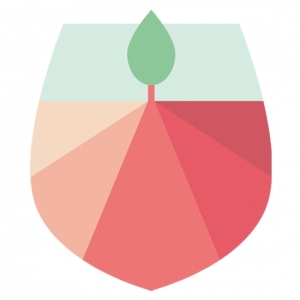