Fixin 1st Cru Monopoly "Clos du Chapter" directed by the Domain Guy and Yvan Dufouleur. Coming from the 2012 vintage, this first red vintage fixin is of remarkable aromatic intensity, tannins very delicate while having the power sought in the Great Red Burgundies.

Produced on and around the commune of Fixin in the Côte de Nuits in Burgundy, this great red wine in the Fixin Premier Cru appellation is one of the renowned appellations of Burgundy wine.

The Fixin 2012 "Clos du Chapter" Monopoly of the Guy and Yvan Dufouleur domain offers the best of the characteristics of the Fixin appellation: delicately colored, it is a full-bodied and robust wine with tannins present. Special feature: well evolved, it will already offer woody and wild aromas, such as musk or fur. 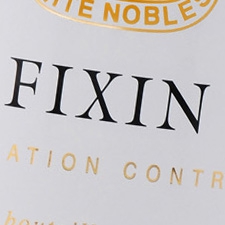 The Fixin appellation, which received official recognition in 1936, produces both appellations Village and Premier Cru. Production is largely of reds (Pinot Noir) but there are some plots of white (Chardonnay). The reds are what are known as “winter wines” because they need to spend some time in bottle. High-colored, they are a brilliant deep purple or what the Burgundians call “deep mid-red”. The bouquet comprises flower scents (violet, peony), fruits (blackcurrant, Morello cherry, quince), animal scents, musk and pepper. Cherry-pit is also quite common. Often tannic and a little hard in their youth, with age the Fixin acquire a heightened and rounded attack and solid structure. Their fullness is remarkable and their texture delicate.

Red: masculine yet delicate, its tannic structure makes it a worthy partner for good cuts of meat such as braised pork, beef rib steak with parsley, or poultry stews including their Indian variants (curry, tandoori). However, the delicacy of its aromas and of its finish also makes it a candidate for more inventive combinations such as paella, tapas, or spring-rolls. As far as cheese is concerned, it suits the delicacy of a Chaource, the lusciousness of a Comté, or the strong flavours of an Époisses.
Serving temperature: 13 to 15°C.

Fixin (pronounced “Fissin”) is situated in the Côte de Nuits region between Dijon and Gevrey-Chambertin. In 1860 it merged with the neighbouring hamlet of Fixey. As well as wine-cellars, attractions for visitors include the 10th century church of Saint-Antoine, the manor of La Perrière where once the monks of Cîteaux came to enjoy the good air and the good wine, François Rude’s famous statue in the Parc Noisot of Napoleon in the process of becoming immortal, a particularly handsome communal laundry and the slate-covered village breadoven. Here there are a thousand things to see, not to mention many welcoming wine cellars.

The Premiers Crus plots are on reasonably homogenous brown limestone soils with east to south-east exposures and at 350 to 380 metres of altitude. In some spots (Hervelets, for example) the soil is more marly. The remaining plots are on lower ground at the foot of the slopes and the soil is a mixture of limestone and marl.

Among the most prestigious producers of the appellation Nuits Saint Georges Côte de Nuits (Burgundy), Guy and Yvan Dufouleur offer you a variety of wines in the level of villages, premiers crus and Grands Crus of Burgundy.

Check out the cellar Dufouleur video : 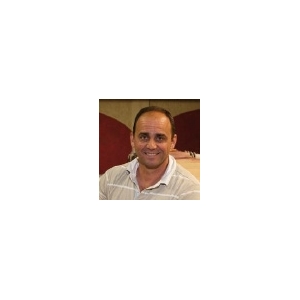